Diurnal variation of clouds and precipitation associated with the Baiu–Meiyu rainband, which characterizes the climate in East Asia, is apparent and has regional characteristics. However, diurnal variation of optically-thin high clouds, as seen from mature stage to dissipating stage in the life cycle of convective clouds, has not been well understood.­­­

Our group attempted to clarify the macroscopic characteristics of the diurnal variation of clouds associated with the Baiu–Meiyu rainband in June by analyzing cloud property data estimated from multi-band infrared measurements of Himawari-8 (Iwabuchi et al., 2018). We found that thick and moderately thick clouds had predominant diurnal variation over Eastern China and around the Ryukyu Islands, whereas over the Izu Islands, only moderately thick clouds have predominant diurnal variation (Yamashita and Iwabuchi, 2022). Diurnal variation of clouds over eastern China and around the Ryukyu Islands are strongly related to convective activity, whereas those around the Izu Islands are less likely to be related to convective activity. This finding is expected to be used to validate weather forecast models. 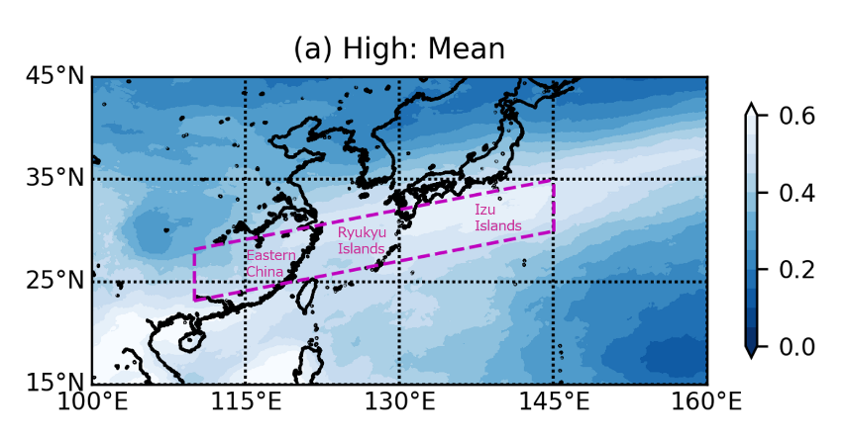 Fig, 1     Monthly mean frequency of occurrence for high cloud in June during 2016-2019. The dashed rectangle is the Baiu–Meiyu frontal zone of our interest, 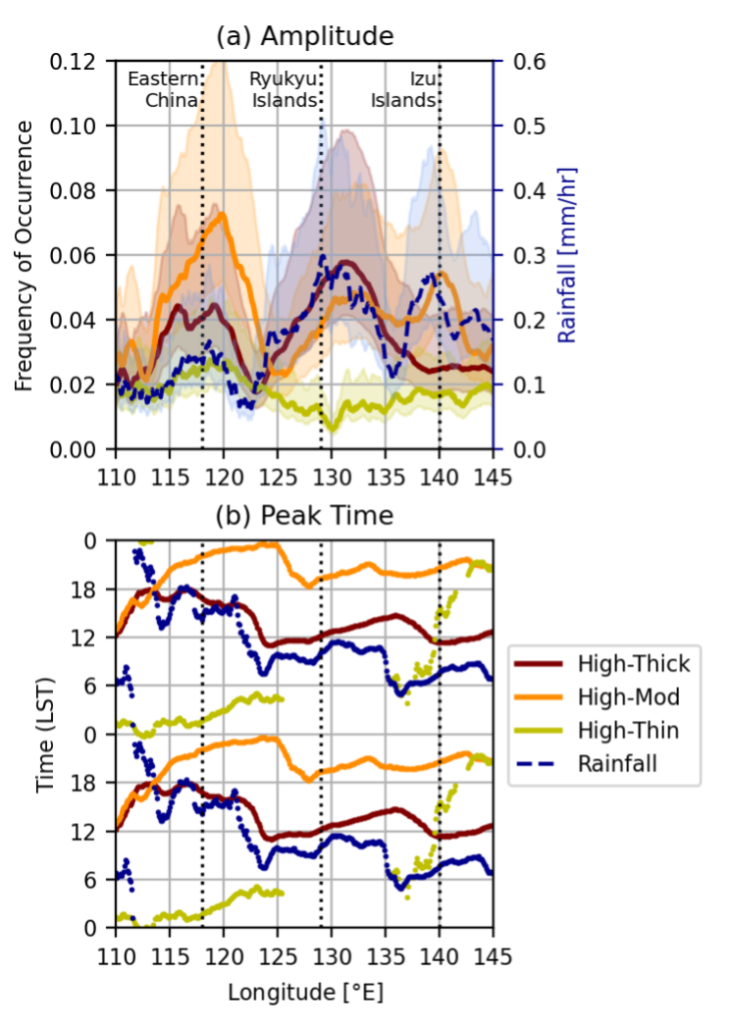 Fig. 2     Longitudinal distribution of the (a) diurnal amplitude and (b) peak time of frequency of occurrence for the thick, moderately-thick, thin cloud, and rainfall in the Baiu–Meiyu frontal zone. The values in (b) are plotted only when the diurnal amplitude of cloud cover is greater than 0.015.